Dene Nation Chiefs Caribou Committee (DNCCC) was established to address concerns arising from the population decline of the caribou herds in the Northwest Territories.  In October 2006, motion #06/07-006 was passed at the Dene Nation’s Special Assembly in Fort Good Hope, NT requesting the implementation of a Dene Nation Caribou Management Committee (DNCCC).

The DNCCC membership includes one representative from each of the five regions: 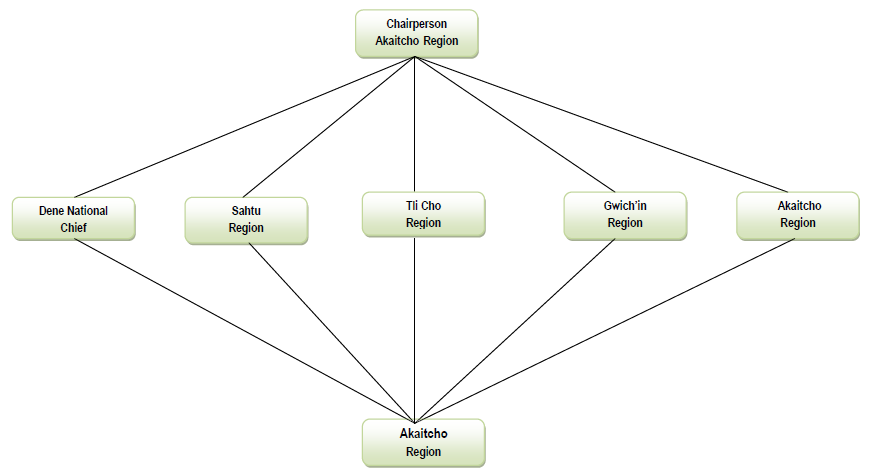 Motion #09-010-007 was passed to address a long term Caribou Management Plan where the  Dene Nation was mandated to engage the Government of the Northwest Territories (GNWT), Government of Canada and aboriginal governments to jointly develop an action plan for the declining Bathurst Caribou Herd.  In November 2010, GNWT, Yellowknives Dene First Nation (YKDFN) and Dene Nation negotiated and implemented a new 2 (two) year interim Ekwo (Caribou) Committee. The committee is participating in GNWT assisted, limited hunts on the Bathurst Herd within the interim hunting ban area as well as assisted harvesting with outside herds (Bluenose & Ahiak). There are 10 YKDFN wildlife monitors & hunters assisting GNWT officials with winter road checkpoints and surrounding areas.  We view projects like the Ekwo Committee as a positive, new approach toward our mandate to build strong ties with other governments & organizations.

Although in recent years there has been a growing trend in the decline of all barren ground caribou herds from the Eastern Arctic to the West, Woodland/Boreal Caribou research has been minimal as the numbers are evidently in decline at an alarming rate.  Efforts are being made to address concerns of our harvesters.

By sharing our efforts and values, the DNCCC hopes to inspire others to implement similar initiatives delivering greater benefit to communities while also shifting to a closer traditional relationship with the environment.